As I explained in the previous post, my goals for the National were to add some autographed 1960-1963 Fleer cards to my collection. I was primarily interested in finding one of the three remaining 1963 cards I don't have in autographed form (Clemente, Boyer, and Farrell.)  I didn't find any of them and the only 1960-61 I saw that I would have been interested in was a 1960 Jimmie Foxx.  But, autographed Foxx cards generally sell for between $1000 and $1200. That was beyond my show budget, so I moved on to my second priority of knocking off some of the high value cards I needed to finish my 1956 set.  My focus would be mainly on the Mantle and hopefully having enough left over to add a few of the commons and team cards I still lacked.

However, I got a little distracted. In fairness, it is easy to do at a show that large. 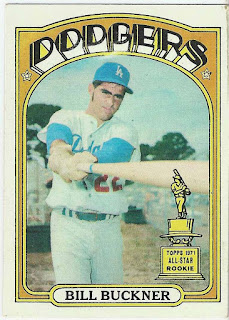 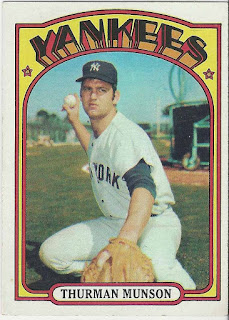 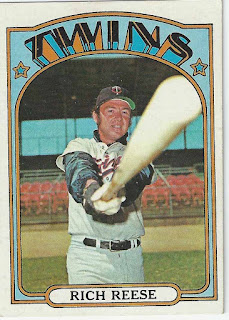 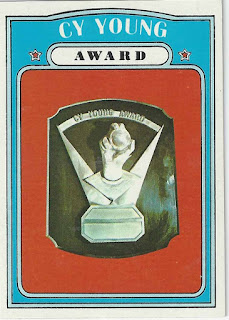 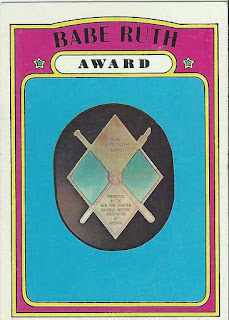 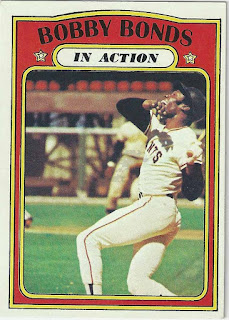 I managed to find a seller who wasn't too proud of their inventory and was selling 1972 cards at a price I consider reasonable. My rule of thumb for buying cards is I am willing to pay up to 33% of book value for NRMT cards and 25% for EX+.  My unscientific survey of the show was that many sellers were well above those price points. Even factoring in that they always deal, there wasn't a huge pool of dealers that I would be buying from.

I managed to find 17 reasonably priced 1972 cards, including the several above.  That Buckner card has eluded me for quite a while. I would guess I have bid on it on eBay set breaks at least a half dozen times without success. Glad to finally have stricken it from the want list.


The Math Seems To Check Out! GIF from Thehouse GIFs

Should I have gotten a bunch of 1972 high and semi-highs when I wanted to focus on 1956?  Probably not, but no regrets.

Email ThisBlogThis!Share to TwitterShare to FacebookShare to Pinterest
Labels: 1972 Topps