Some of you may not know who Nate Silver is.  Nate is most well known as a statistician that does analysis of political polls and uses the information to forecast election results.   His blog at the New York Times is called Five Thirty Eight, referencing the total number of electoral votes in the US Presidency race. Silver is also a sabermetrician.

I am not much interested in sabermetrics.  To be sure, I think they have their place, but I have neither the time nor the inclination to learn more about them.

Now, that said, please read this Michael Gerson column in yesterday's Washington Post about Nate's political forecasting.  That is basically the same column written by any number of crusty old sportswriters about sabermetrics, just applied to political science. Amirite? 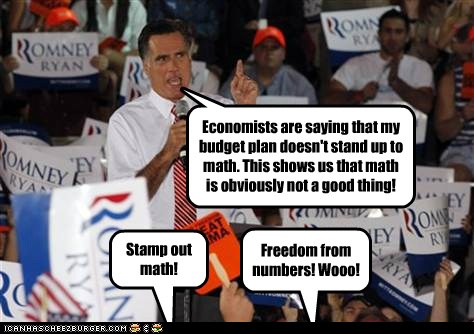 If you haven't, go and vote today.  It is one of our most important civic duties.

That is all.
Posted by carlsonjok at 3:22 AM

Email ThisBlogThis!Share to TwitterShare to FacebookShare to Pinterest
Labels: Off topic, WTF