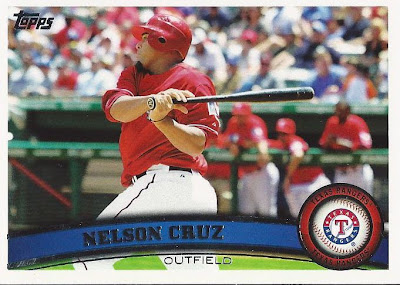 While trying to track down the actual date of that game, it became obvious that it came near the beginning of a 10 game tear for Nelson. Coming off the Pacific Coast League All-Star break, from July 18 to 27, Cruz went 20 for 49 with 11 home runs and 21 RBIs in 10 outings. During that period, he hit 0.408 with an amazing 1.082 slugging percentage. Not too long after that, Cruz got called up by the Rangers for good. The rest, as they say, is history.
Posted by carlsonjok at 5:40 AM