Happy Birthday to Me

So, with my wife out of town it is easy to fall into old habits.  Like leaving dirty laundry on the floor and procrastinating on chores.  Now compound that when it turns out last Sunday was my birthday.  Am I really going to buckle down and attend to my adult obligations?  Heck no!  I masked up and headed to the OKC card show.  I mean, who really attends a Sunday card show during football season? Not many, it turns out. I got there around noon, four hours before the show was scheduled to end, and a number of sellers were already loading out to head home.

I found the sole vintage vendor and sat down and started pawing through boxes. 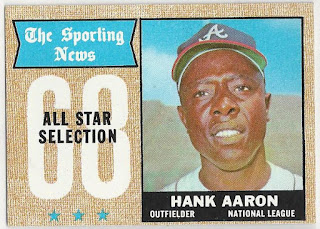 Almost immediately I found one of the three remaining cards I need to finish 1968 Topps.  Just the Ryan rookie card and Lou Brock left to go. 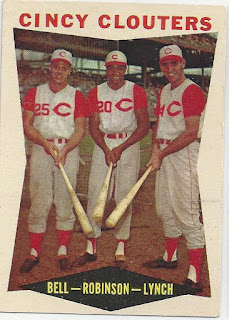 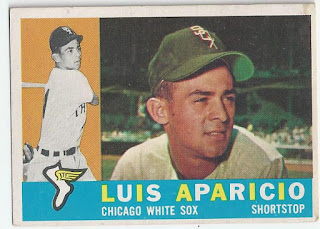 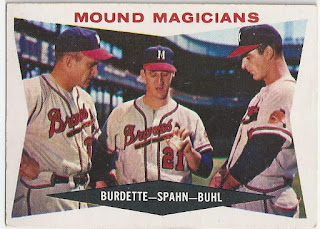 I managed to pick up a fair number of commons for my 1960 set, along with the three star cards above.  I am sitting at jsut short of 75% complete on that set, with "only" 145 cards to go, with many of the most expensive cards to go: Koufax, Mays, Maris, and (of course) all three Mantle's in the set. 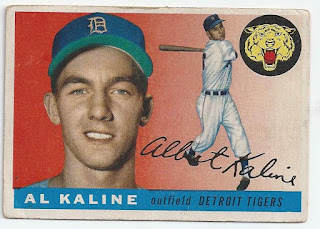 I mainly went to the show to see if I could knock of some of the few remaining cards I needed for my 1955 set.   I found one in my price range, this Kaline second year card.  Just 21 more to finish the set including Banks, Robinson, Killebrew RC, Clemente, and Snider.
Finally, I found only two cards for my 1965 set, but they were good ones. 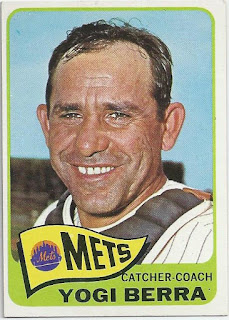 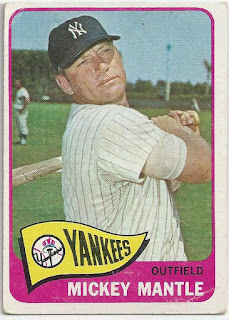 The Mantle isn't in great shape, maybe VG at best, but the price was right.  The book is $800 on the card, but I got it for $125.  Still a fair chunk of change, but it was my birthday.  Anyways, down to 86 cards to finish that set.  Biggest remaining cards are Aaron, Clemente, Mays, Rose, and the Carlton and Perez rookie cards.
So, that is probably about it for the year.  Now that the days are short and the weather uncooperative, i need to pick my 1970 card back project back up.
What I am listening to: Down to the River by The War and Treaty
Posted by carlsonjok at 7:17 AM