Yesterday was the first day of the August card show. The farrier was out in the morning, so I wasn't able to get to the show until noon time. I was only there for about three hours, but it was a productive and fun three hours, I tell you what.

I'll break this up into three posts.  This first one, as the astute reader may infer from the post title, is about the progress I made on my 1971 set. I ended up picking up a total of 32 cards for the set from three different sellers.  I hit Zach from Wichita and Darryl from OKC and got some screaming deals.  I also bought a few cards from a dealer out of Texas who had some high quality (NRMT+) cards but who's prices were a bit high.  I  probably won't shop him again at future shows,  but in the end it didn't make much difference as I found some absolutely unbelievable deals with a fourth dealer.  bBut more on that later. 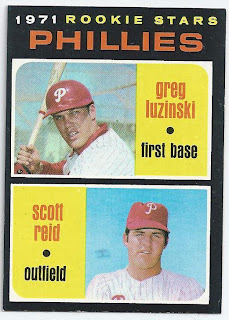 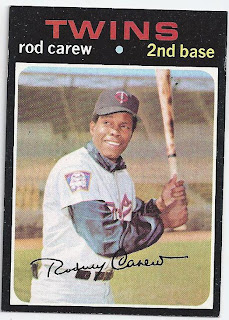 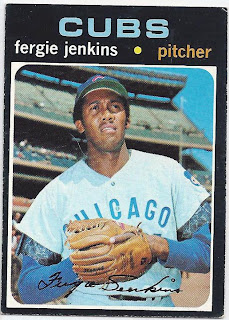 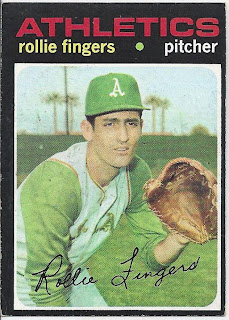 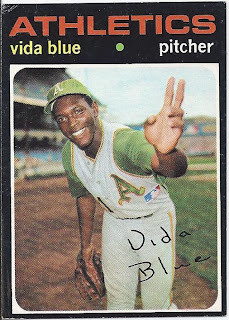 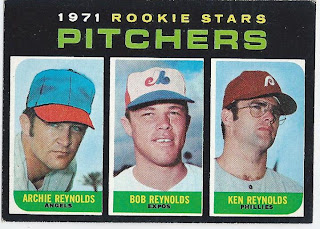 So how am I doing on this set?  Very close but also very far. I can start to see the finish line.  I only need one more card to finish the first 4 series. (Aside: I am streaming the Yankees-Blue Jays game while I write this post and I just saw Toronto's Rajai Davis make the most amazing catch to rob Casey McGehee of a home run. It was a thing of beauty. When it comes up on MLB highlights, I'll add a link to it. Now back to your regularly scheduled programming.)  For the semi-high number 5th series, I only need 23 more cards.  For the high number sixth series, I need 32 more cards to complete it.

So, overall, I only need 56 more cards to finish the set. But, looking forward, it may be early next year before I finish up.  September and December are the months I need to make my quarterly payments on a bunch of insurance policies and I think my wife and I are taking a vacation in October for our 20th wedding anniversary.  Thinking about it, I may not even be able go to another of the bi-monthly show until February.Wow. I cannot believe I just wrote that.

Added in Edit:  Here is the link to Rajai Davis' catch
Posted by carlsonjok at 12:45 PM