I'm going to break in to the series of OBAK posts, because I really don't want this one to get lost. Last week, I recieved an unsolicited package from Chris over at Vintage Sportscards full of cards for the 1976 set I have started building. I was in the midst of a bad week, having been unemployed for the first time in around 30 years. I have traded a few times with Chris over the last year and he sent these, with no strings attached, hoping they would cheer me up. They did. Chris has a very extensive collection of vintage cards and is probably the one collector I would most like to emulate. I hope that I will be able to return the favor in the near future.

My big dilemma was what to show. There was close to 100 cards and included All Stars and Hall of Famers. But, that was the obvious thing to show and I wanted to do something a bit different. As it was, my first trade with Chris was to send him some 1978 Burger King Yankees that I had gotten in a lot I bought on EBay and he needed. It struck me that there might be a fair number of players who took a turn with the Yankees in 1978 in the cards he sent. I was right and that was my theme. 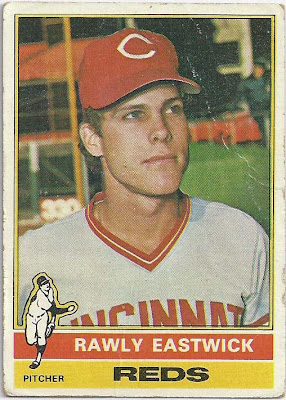 Rawly had gone 2-1 in 8 relief appearance with the Yankees in 1978 before being traded to the Phillies for Jay Johnstone and Bobby Brown. 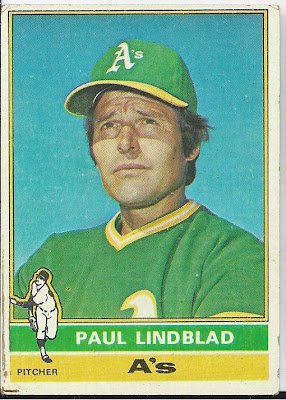 The 78 Yankees were the last stop in Lindblad's career. He pitched a total of 18 innings over 7 relief appearances without a decision in the regular season and gave up 3 earned runs in 2.1 innings in Game 1 of the World Series against the Dodgers. After the season ended, his contract was purchased by Seattle, but he was released during spring training, ending his 14 year playing career. 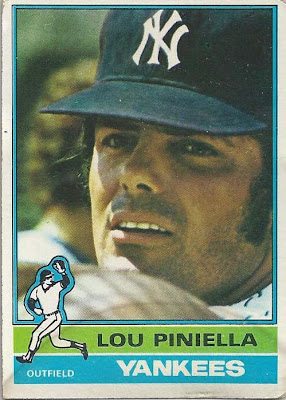 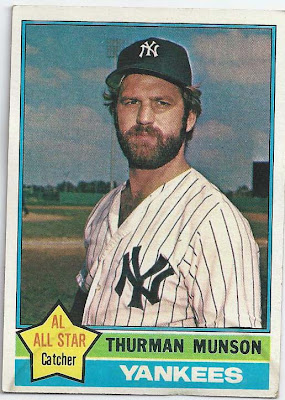 Thurman was the first Yankee captain since Lou Gehrig. 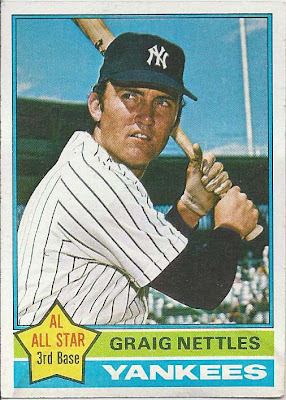 Nettles was the next Yankee captained, names so in 1982, three years after Munson's death. 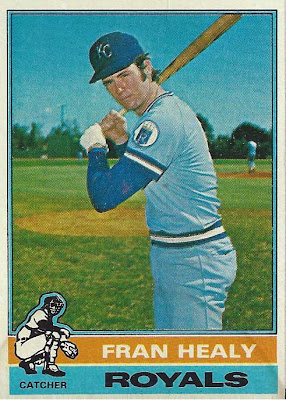 Healy was barely a member of the 1978 Yankees. He appeared in one game and struck out in his only at bat before being released on May 10 of that year. 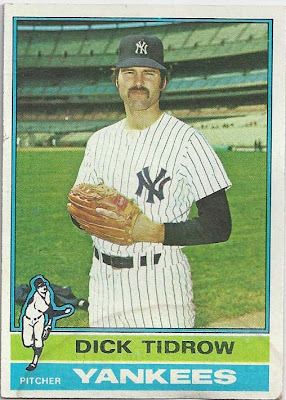 Tidrow was a back-end starter for the Yankees in 1978, moving into the rotation from the bullpen. His season was unspectacular, but did turn in two decent relief appearances during the World Series. 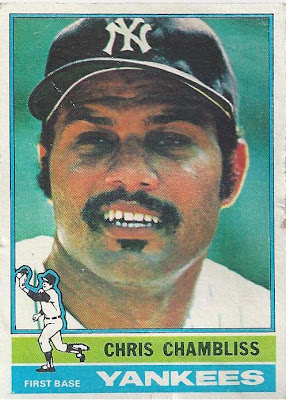 I don't have much to say about Chambliss, except that he seemed a steady presence on a club that was in turmoil too often. 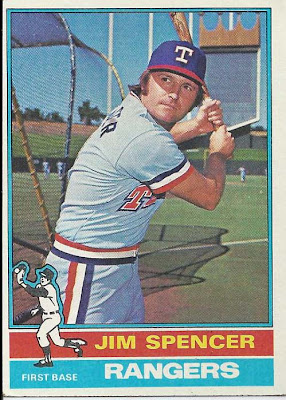 And last, but not least, Jim Spencer. Baseball Reference shows him a part time first baseman in 1977 and 1978,b ut Chambliss had that nailed down, so I would guess he was actually a part time designated hitter (which is my recollection of the time.)

So, there it is. A small sample of the cards I recieved. Thank you, Chris. It was a welcome pick-me-up.
Posted by carlsonjok at 2:00 PM