I woke up this morning to a friend request on Facebook. It was a guy that went to the same high school I did. He graduated two years before me and I didn't really know him, but his younger sister was in my class.

I accepted and looked over his profile. As it turns out, his business is setting up and running autograph sessions with sports personalities and he has an upcoming signing that includes former MLB pitcher Johnny Antonelli. I actually have three Antonelli cards from 1953, 1956, and 1960. The '53 is stained, so I probably won't send that in for an autograph, but I believe I may have to send the other two in and any others that I may be able to pick up for cheap in early October. 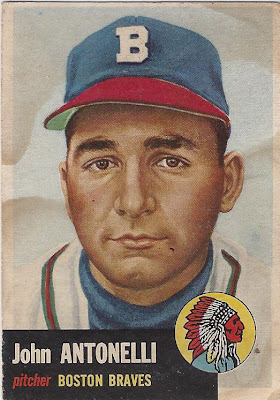 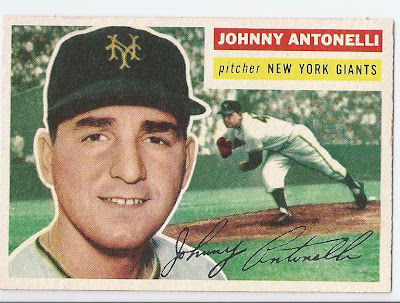 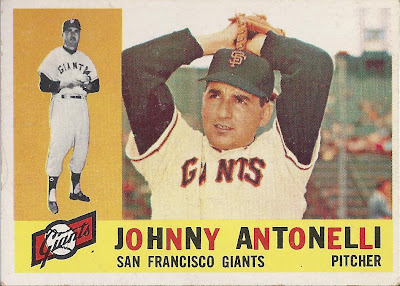 I'm pretty excited about the whole deal.
Posted by carlsonjok at 6:58 AM