Say, what happened to packs 10 through 12? Glad you asked. I saved them for last since the big hit was in that group and packs 13 to 15 were not as exciting. So, stick around for tomorrow and see my major score. 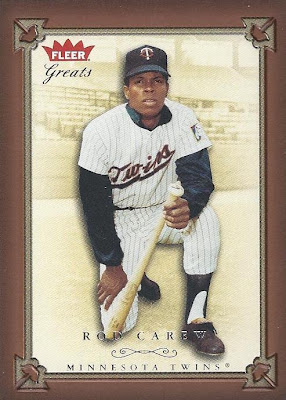 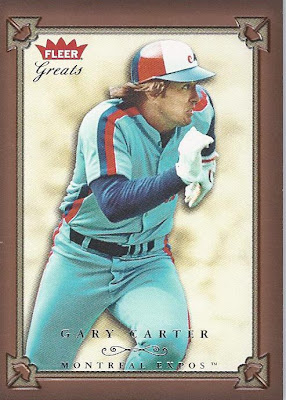 I include Carter mainly because he has been in the news of late. First, for his on going fight against cancer, and more recently blog clots. After watching Frankie Cervelli get concussed in a collision with Nick Markakis, I wonder how much his time a a catcher played into the brain tumors. 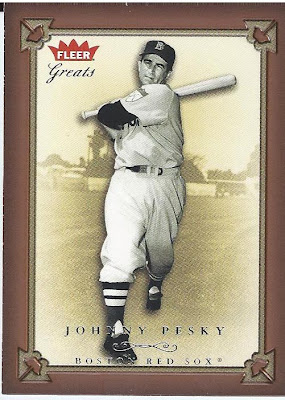 Another baseball lifer. Even if he is part of Red Sox Nation, he is a man to be admired for his decades of service to the game. 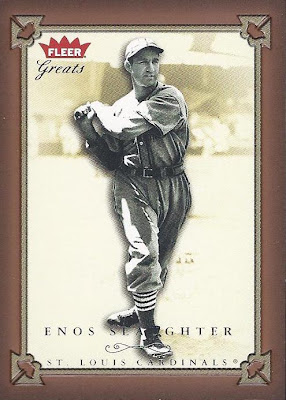 I am always amazed when looking at a player's statistics to find they lost years to military service. Pesky, above lost three years and probably 600 hits, to service. Enos Slaughter similarly spent three years in the service during WWII and may very well have approached the magical 3000 hit career if he hadn't. 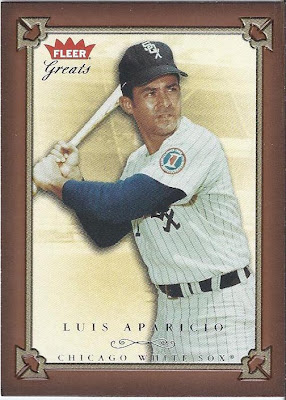 In addition to knuckleball pitchers, I have a soft spot for defensive specialists. It may be because during the two years I played Little League baseball I couldn't hit a lick, but was decent defensively. It probably didn't help that I started at the Pony League level after six years of sucking at soccer. 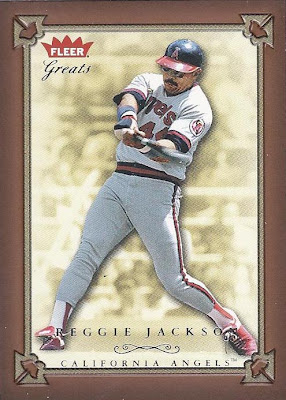 I question the choice of showing Reggie as an Angel, since he was best as an A and a Yankee. I would have also looked for a photo that showed him in his backswing, like this one. But, it is still a fine card.

So, tomorrow is the big day, when I reveal my big hit in Pack 12.
Posted by carlsonjok at 3:00 PM