I am not really sure what I want to accomplish here, other than to amuse myself some. I have recently gotten back into collecting baseball cards and thought I would try my hand at setting up a blog. A few housekeeping details: So, there it is. We'll see where this takes me. 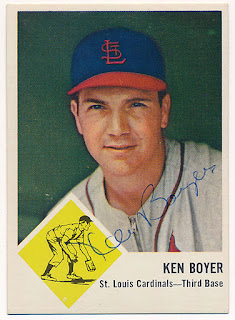 Posted by carlsonjok at 8:01 AM