With my newfound desire to remain laser focused on my primary collecting goals, I headed off to the every-other month OKC show yesterday morning (Saturday.)  My main goal for the show was to see if I could find any of the few remaining cards I needed for my 1968 and 1970 sets, and to look for additional 1960 and 1965 set needs. I took along my 1956 Mantle I won in a recent set break to  see if I might swing a trade for some of the 1955 Topps stars I need.

And that is where everything went off the rails.  I found none of my '68 and '70 needs and the 1960 cards were priced above my target range, so I left them be. There were no 1955 star cards to trade for. However,  I did manage to find one card for my 1965 set at a cost I was comfortable with. 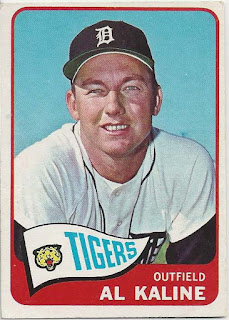 Only 167 cards left to finish that set.  Great progress today.


So, in the interest of not leaving early, I kept looking and managed to find 8 cards I needed for my 1972-73 Basketball set, including Kareem Abdul-Jabbar and The Logo. 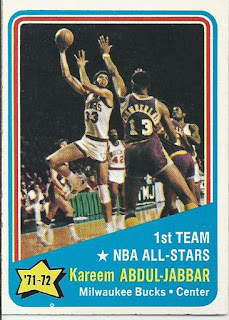 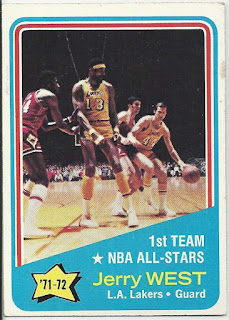 I also managed to pick up a  few game-used cards for Hall-of-Famers from the early 2000s for a few bucks each, and an autographed Gil McDougal from the Upper Deck Yankee Classics set. I bought a box of Yankee Classics early in my return to collecting and finished the base set.  I only have  few of the autographs, and no real intent to finish that part of the set, but it was only $5. 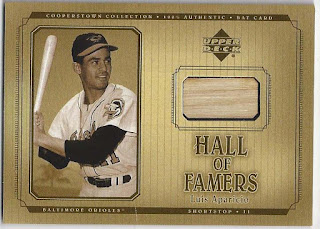 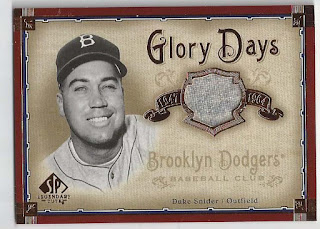 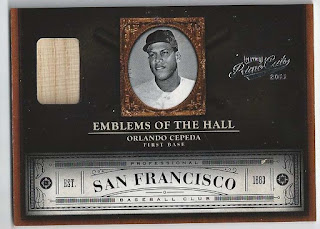 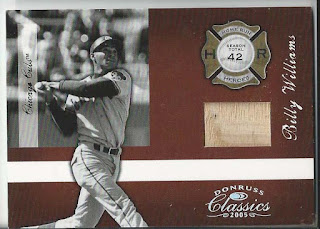 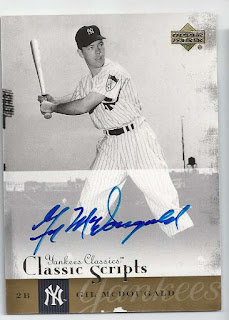 The Duke Snider seems familiar.  I think I may have traded one to Night Owl.  (If I haven't, NO, and you want it, let me know. I found a two of your 1956 needs and I can send it along for the ride.)

I also found this Wheaties Pete Rose card. I don't know anything about it, as it has a blank back.  I am not a Pete Rose fan, but I thought it was a neat looking card. 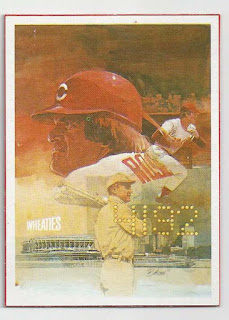 Where things really got off into the ditch was when I bought partial set of 1973 Topps football partial set, with 348 out of 528 cards. I really don't need another tangent in my collecting. Particularly a sport I no longer follow.  But, I had a bunch of these cards as a kid and seeing them set off a wave of nostalgia. 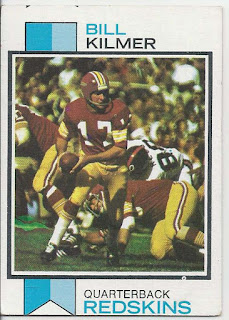 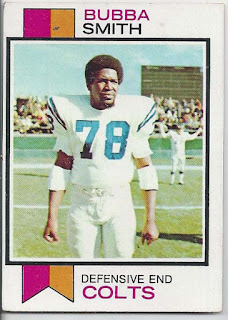 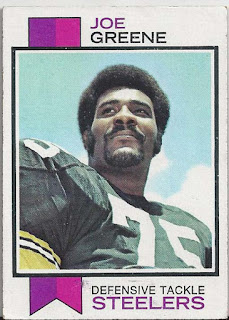 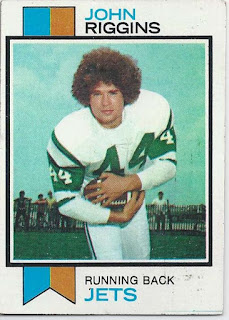 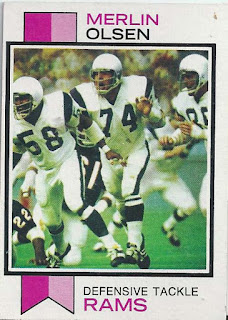 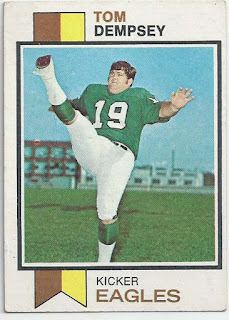 I absolutely love that Joe Greene card and Tom Dempsey is quite the model of physical fitness there, isn't he?

But, the piece de resistance, the thing that made the whole day worthwhile, was found hiding in a 400 count box of low grade 1960s commons. 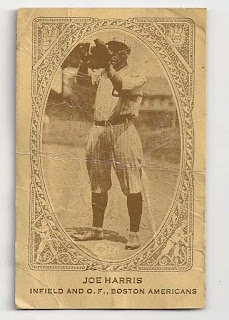 That is a 1922 American Caramel (E120) Joe Harris.  It is bent five ways from Sunday and has a little paper loss on the back, but Beckett says they are worth $30 in poor condition, so I am happy with the having only dropped a $20 on it.  I always drool over pre-war baseball cards, but don't really have the wallet to pursue building those sets. It might be fun to start a type collection where I just find one example from each of the various sets.  I've already got one T206, so I guess I am well on my way! But, I've got enough going on that I am not about to start any such thing until I am getting closer to finishing the Topps 1960s sets, of which I have I have finished exactly zero so far.

So.  Two posts in just a few days.  I haven't done that in forever.  But, it is likely to be short lived.  I'm not planning any major activity until the late April show in Dallas  While there may be a post here or there, and I suppose there is a chance the creative muse hits me, but we'll now return to your regularly scheduled non-programming.

What I am listening to: You're No Good by Linda Rondstadt

Posted by carlsonjok at 5:03 AM