There is a local LCS here in the Greater OKC Area that has a small show on the first Saturday of every month..  Al's Sports Cards and Gaming is up in Edmond, which, being a 50 mile drive, isn't local for me. But, I had to buy horse feed and wormer at the farm store near the Remington Park race track. That got me over half the way there, so I decided to roll on up and see what was going on.

As usual, the show had about 6 sellers, only one of which had any vintage.  I was probably only at the show about 45 minutes, and didn't spend much at all, but I did buy a few things. 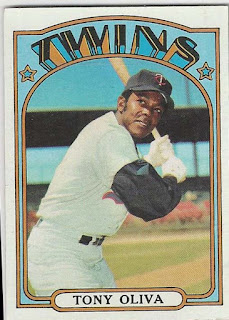 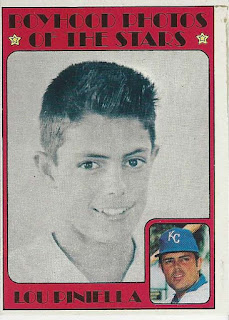 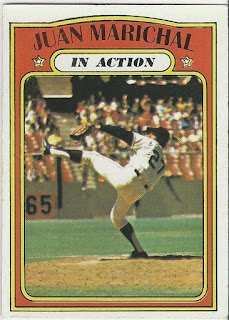 I found 5 more cards for my 1972 set, including the three above.  This leaves me with three cards left to complete the set.  Of those three, two are semi-high commons, 537 (Bob Locker) and 645 (Jim Maloney.)  The third card is 695 (Rod Carew), which I rarely see selling at what I consider a reasonable price ($20-$25). Getting this late in the set building process, I will probably weaken and spend more than I want just to get the set done, but I am going to try and avoid that fate.

I trawled through some discount boxes and found a couple things that interested me. 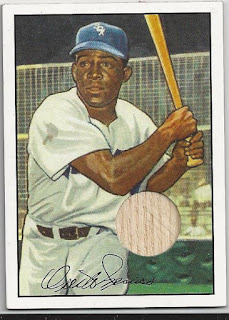 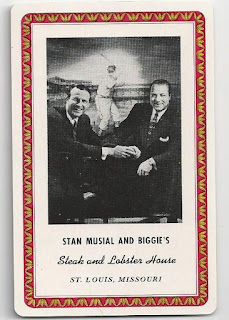 Nice little oddball here. It is actually a playing card. The 10 of Clubs to be specific.   The restaurant was a St. Louis institution for many years, but has been closed nearly 30 now, victim of a business dispute with former Musial teammate, Joe Garagiolo.  For more information, see this article.


What I am listening to: Baker Street by Gerry Rafferty

Posted by carlsonjok at 5:50 AM